Books brought to you by…. 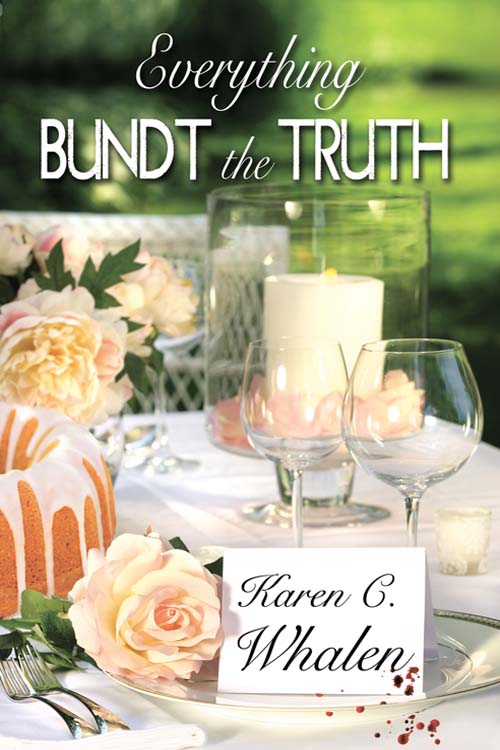 EVERYTHING BUNDT THE TRUTH

FIRST IN THE SERIES – EVERYTHING BUNDT THE TRUTH – released November 2, 2016

Getting accepted into the dinner club can be murder…She cheated on dessert. A murderer killed before dinner. If she doesn’t dish up the solution, she’ll be banned from the club.

Everything Bundt the Truth tied for FIRST PLACE  in the Suspense Novel category of the 2017 IDA Contest. The IDA is sponsored by Oklahoma Romance Writers of America, but is open to all works of fiction in digital format.

A recent widow, Jane Marsh, is determined to recapture a rich, full life. She strives for youthful fun by riding a bicycle downtown on her lunch hour in a suit and heels, smoking cigars, eating at hipster restaurants, and re-entering the dating scene, even if her dates prove to be peculiar. Her most fervent desire, though, is to join an exclusive dinner club. She auditions but is barred when her housekeeper is found murdered, and she and her guest list become the suspect list. Her, a killer? So what if her two late husbands died under suspicious circumstances. It doesn’t make her a killer. Having passed off a store-bought Bundt cake as her own creation, she may have committed a culinary crime, but never murder!

This first in the dinner club murder mystery series is similar to cozies written by authors Jessica Beck, Joanne Fluke, and Leslie Meier. If you like cozy mysteries, tight friendships, and gripping who-done-its, you’ll love Whalen’s Everything Bundt the Truth. Buy the book now to join the dinner club craze today.

Included are menus and ideas for readers to start a gourmet dinner club of their own. 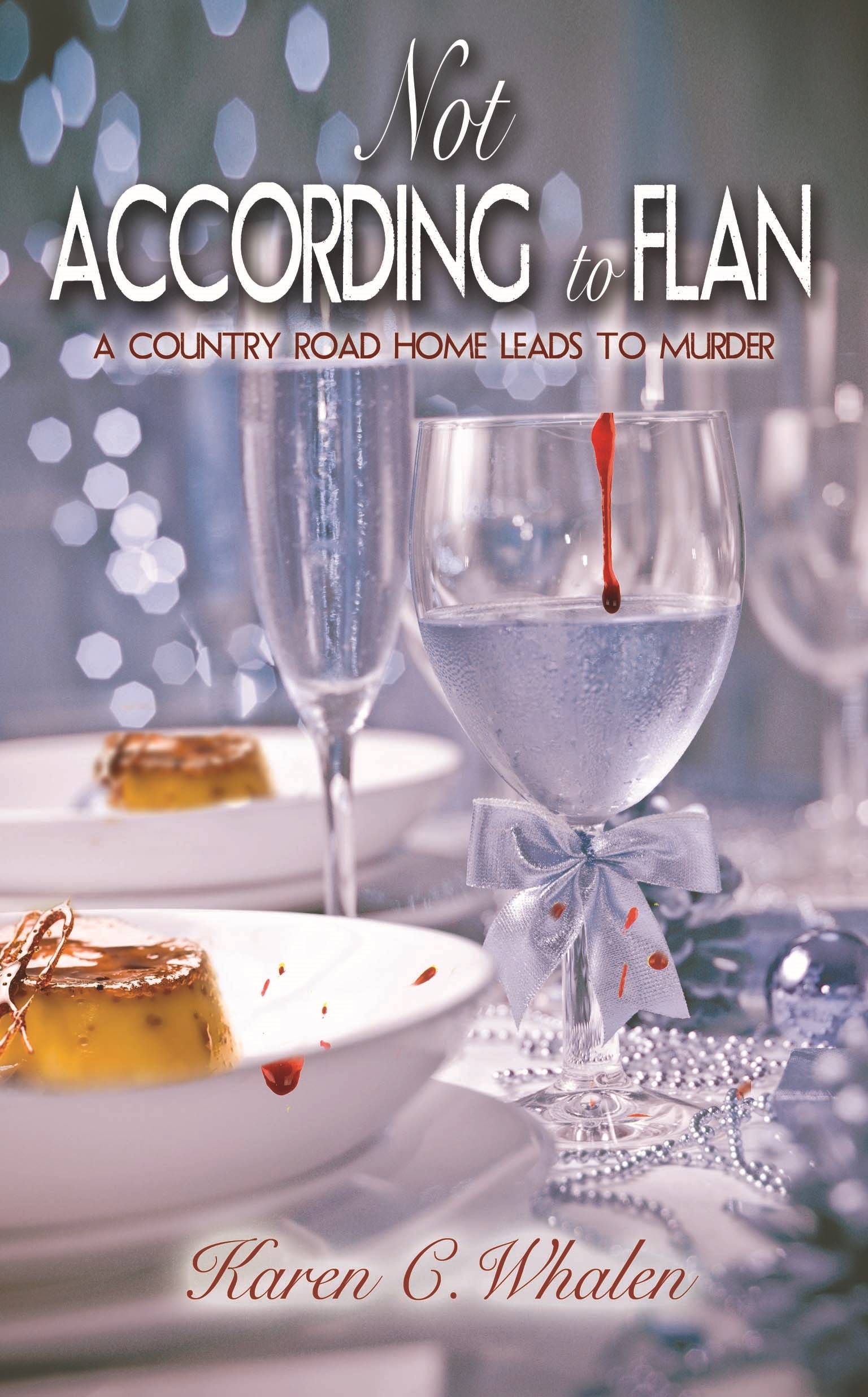 NOT ACCORDING TO FLAN

A new home in the country. A dead body in the dirt. The newcomer must solve the crime, otherwise, the “for sale” sign is going up.

Jane Marsh wants to shake off the empty nest syndrome, plus the notoriety of the death of her first and second husbands, by starting over in a new place. She sells her family home to move to a far northern suburb of Denver. At the same time, Jane’s dinner club is undergoing a transformation, and a new man–a gourmet chef–enters her life.

But, things turn sour when she discovers a dead body on the day she moves in. She cannot feel at home in this town where she’s surrounded by cowboys, horse pastures, and suspects. Not to mention where a murder was committed practically on her doorstep. How can she focus on romance and dinner clubs when one of her new friends–or maybe even one of her old ones–might be a murderer?

This second in the dinner club murder mystery series is similar to cozies written by authors Jessica Beck, Joanne Fluke, and Leslie Meier. Fans of mysteries centering on food – donuts, cakes, cookies, coffee shops, bakeries, and gourmet cuisine – and a western setting in Colorado – will enjoy Not According to Flan. Buy your copy now for ideas to start your own dinner club. 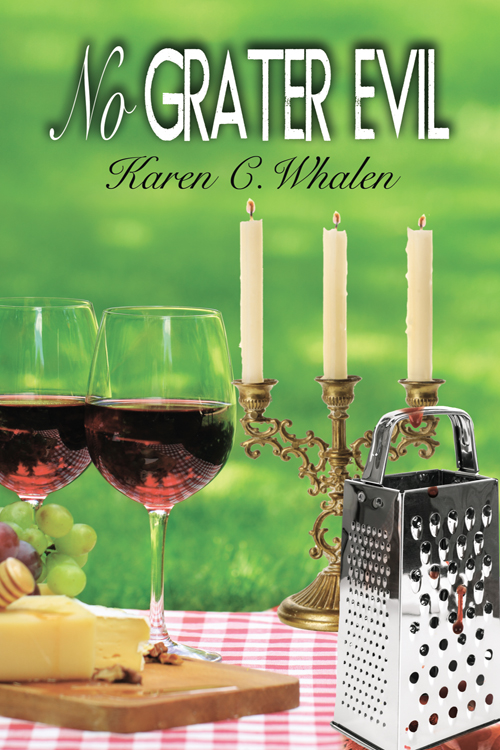 Nothing puts out the flames as fast as finding a dead body at the campfire.

Jane Marsh plans a reunion for her gourmet dinner club, first camping in the Rocky Mountains with lavish menus and provisions, then a getaway to Estes Park at a luxurious cabin. She’s also hoping to put in some romantic time with her new boyfriend. But gunshots explode in the middle of the night, and Jane discovers the body of the campground host at the amphitheater. Since the club members are packing revolvers to practice at the firing range, her friends become prime murder suspects. Heading into dangerous terrain, Jane explores the dead man’s reckless past. She must solve the crime before their wilderness adventure goes up in smoke.

This third in the dinner club murder mystery series is similar to cozies written by authors Jessica Beck, Joanne Fluke, and Leslie Meier. If you like close-knit friendships, mountain adventures, and western settings, you’ll love Whalen’s No Grater Evil. Buy the book now for a cozy fireside read. 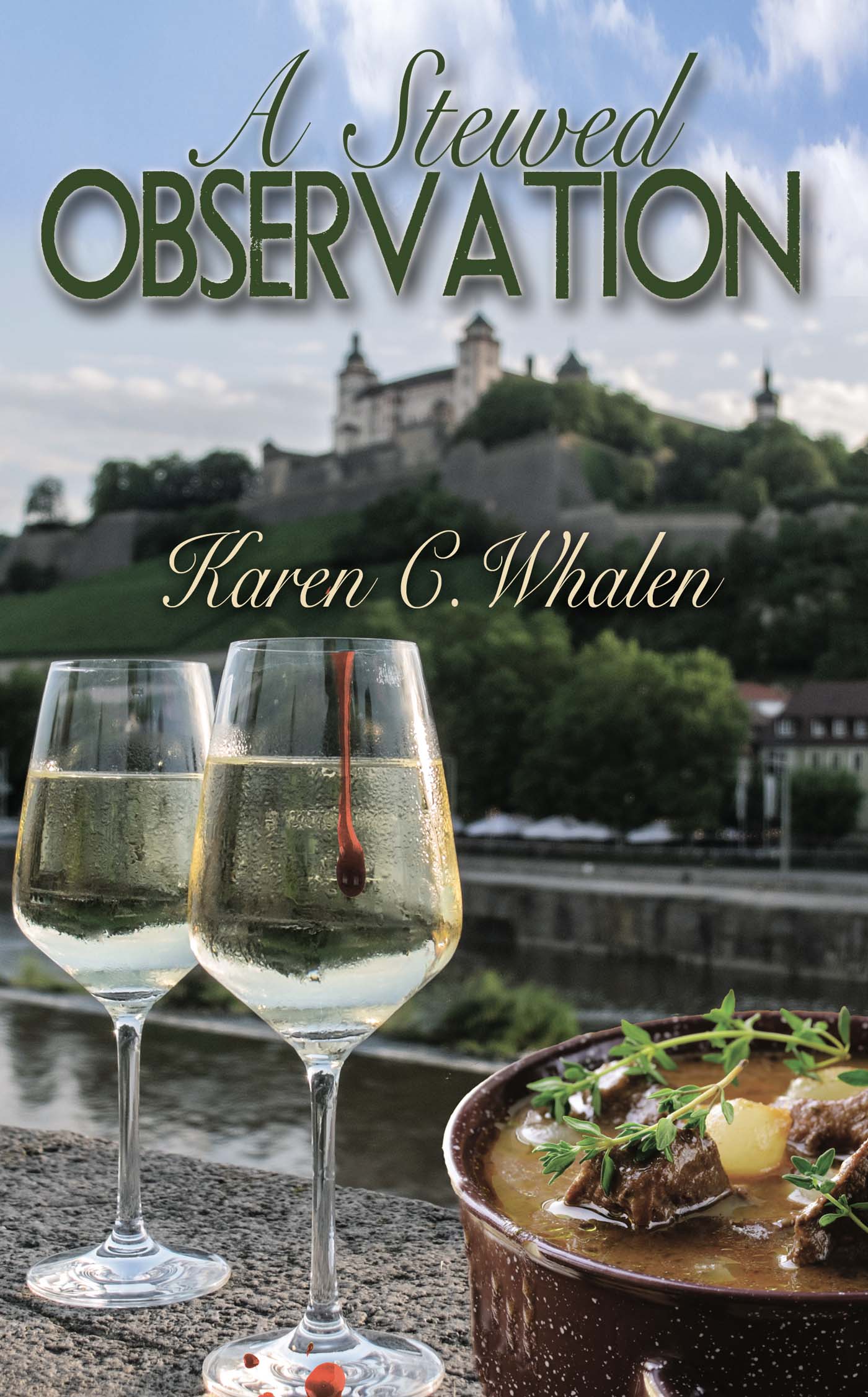 FOURTH IN THE SERIES – A STEWED OBSERVATION – released August 6, 2018

Jane wanted a proposal, instead she got a dead body and a murder mystery.

The Gourmet Dinner Club travels to Ireland to enjoy Irish cuisine while staying at a medieval, ivy-covered castle. Jane hopes Dale will ask her to marry him at this romantic dream destination. But her plans are put on hold when the elderly owner of the castle becomes violent, one of the club members tries to restrain him, and he collapses and dies. The police believe the mysterious death is murder and suspect one of the club’s members. Dale leaves for home on a business emergency, and as the lone single gal in the club full of couples, Jane is thrown into the company of the handsome Irishman who stands to inherit the castle. Jane must prove her friends innocent by solving the crime. Certainly, none of the club members would commit murder. So, which one of the hot-tempered Irish could be the callous killer? 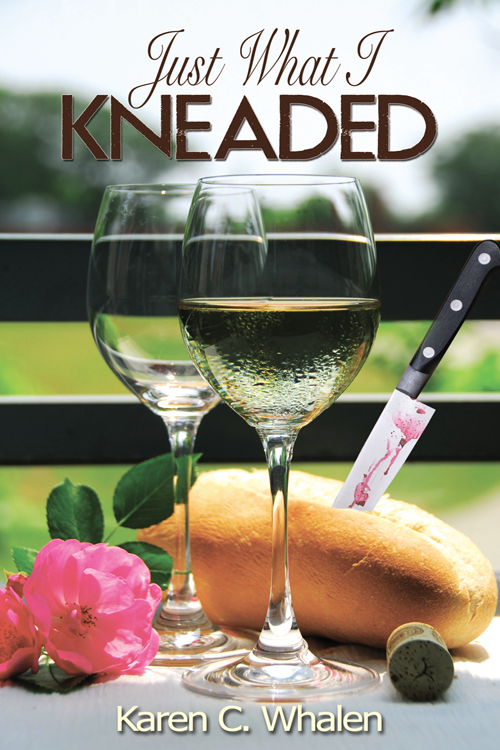 JUST WHAT I KNEADED

FIFTH IN THE SERIES – JUST WHAT I KNEADED released November 5, 2018

Law and order meet sugar and sweet in this cozy courtroom drama.

While shopping for bread to serve at her gourmet dinner party, Jane Marsh overhears the pastry chef’s murder in the bakery’s kitchen. The killer also destroys an elaborate and expensive wedding cake made for a celebrity couple. To recoup the loss, the bakery owner files a lawsuit against its insurance company, a client of the law firm where Jane works. With a murderer on the loose, and Jane as the only potential witness, she must solve the crime in order to defend her client…and take a killer off the streets. 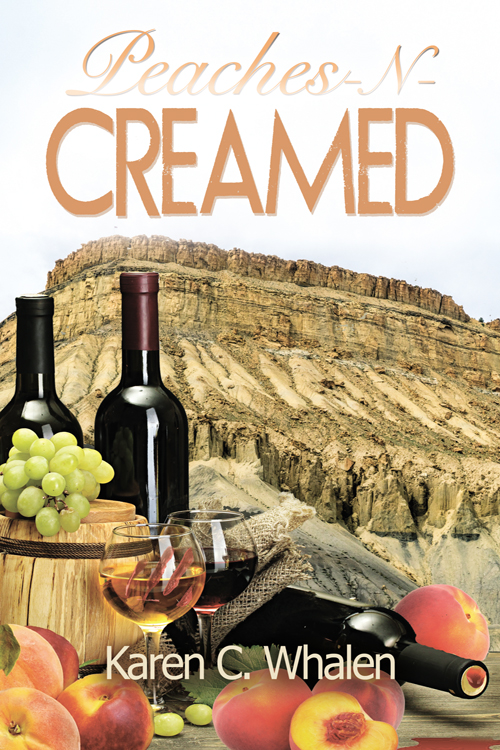 Catching a murderer wasn’t part of her wedding plans

Jane Marsh and her fiancé visit the wine country on the western slope of Colorado during the Peach Festival to check out a location for their wedding. The dinner club comes along to make a weekend out of it, and they play a murder mystery game as part of the B&B’s getaway package. Unbeknownst to the participants, one of them will not live to see the next day. Jane is horrified when she discovers a body and realizes it’s for real…not just part of the game. The B&B quickly begins to lose business, so the owner begs Jane to solve the crime fast. Another person is murdered and one of the dinner club members confesses. Jane is in disbelief…and even more desperate to solve the murder before someone she cares about goes down for a crime they didn’t commit and the killer strikes again. 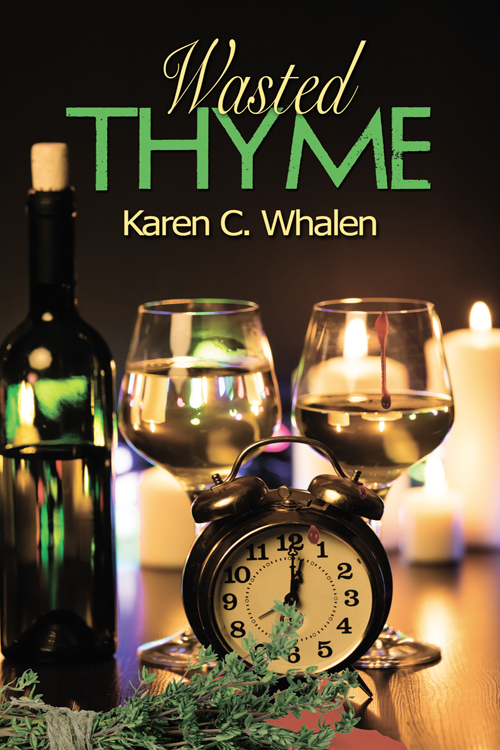 When her third husband’s ex-wife turns up dead, guess who is the number one suspect?

Twice-widowed Jane Marsh ties the knot for the third time with longstanding fiancé Dale Capricorn. Jane’s ready for a celebratory reception at her uber-trendy condo in downtown Denver with champagne toasts, fancy dress, and her family and dinner club friends. Everyone knows she and Dale’s prettier and younger ex-wife Polly are “frenemies,” but Jane starts fresh and asks Polly to cater the event. However, after the last guest leaves, Jane discovers the ex-wife dead—and Jane’s the obvious suspect. If Jane doesn’t find the real killer, her third marriage certainly won’t be the charm. 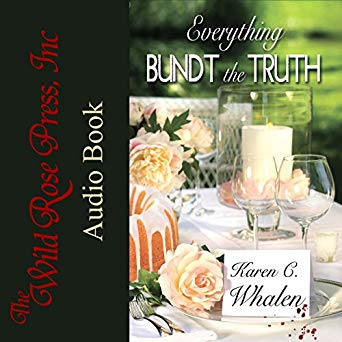 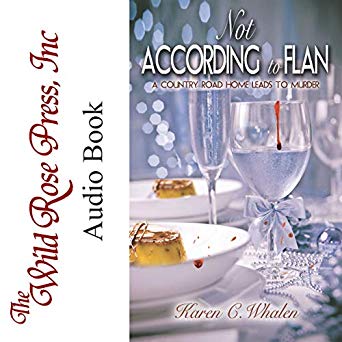 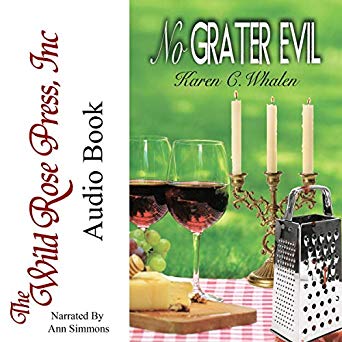 This was a fabulous read with characters that were well developed. I definitely want to read more of this series.

~A Chick Who Reads

I love this book. Another great murder mystery…. I really love the characters and the storyline and the series in general. It just keeps getting better and better and I can’t wait for the next book

Each book in this series is as entertaining and fun as the one before it!